In the society we live in, getting hurt is a regular occurence.  Discrimination – on an individual or structural level – happen pretty much on a daily basis for almost everyone. the most affected though are marginalized groups.

“Marginalization” refers to the displacement of individuals or populations to the margins of society. Displacement can occur on a variety of levels, for example, it can be geographic, economic, social, or cultural; it usually occurs on multiple levels simultaneously.” (Diversity, Arts, Culture¹)

Plenary (Wed & Sat, 11:30 am each day).
Onboarding (currently as needed).
Just show up, or email:
awareness@luetzerathlebt.info

In order not to accept and reproduce discrimination against FLINTA*, BIPOC, people with disabilities or from the working class (just to name a few groups) – as it happens ‘in society’ every day – we founded the awareness team.

This is how you can reach us:

We are available for all people, because in a system based on destruction and exploitation, everyone can have traumatizing and hurtful experiences. It is important to emphasize that our solidarity must not remain in human, white, endo, cis, male privileged circles where everyone is academically educated, neurotypical and without disability. On the contrary, we want to help break down boundaries that secure privilege for an exclusive group and oppress everyone else.

We are all awareness

The responsibility to take care of each other and to act in solidarity does not lie with us as an awareness team, but is a process that involves society as a whole. Our task is to provide impulses to tackle discriminatory & hurtful behavior on all levels, for example through workshops, inputs or conversations. We also want to be there for all those who get into overwhelming situations and do not know where to turn.
Of course, this is only a short insight into what we (want to) do. For more information, feel free to read our self-image, as well as the awareness concept. 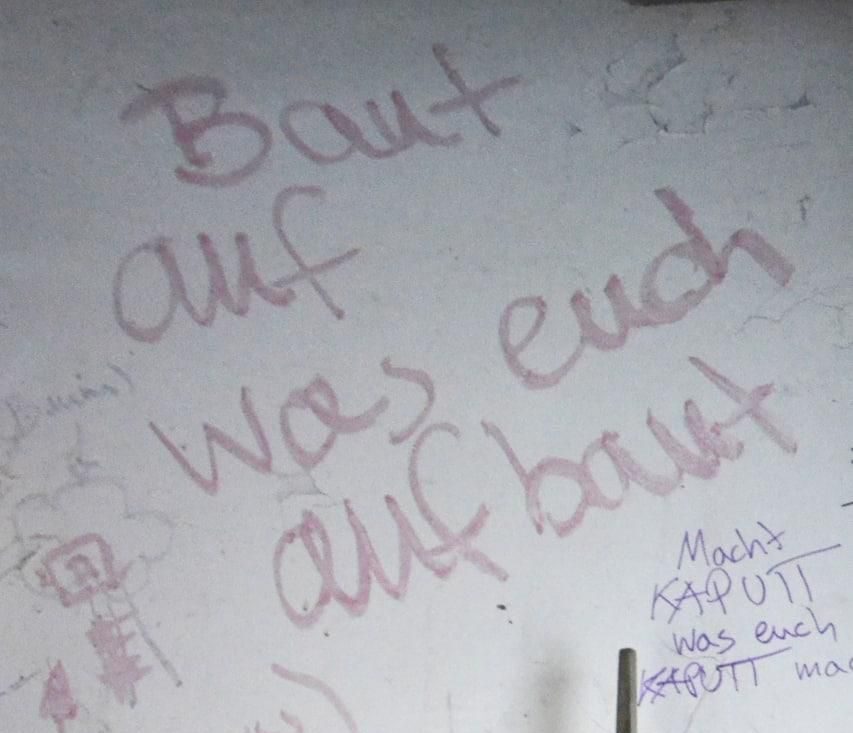 Not all people can take the time to occupy lignite excavators and clearing machines. Having to pay a ticket for the public transport can mean for some people that they can’t come here at all.
Since we don’t want your plan to come here to fail for that reason, we offer solidarity supportto cover travel costs when needed. Just send an email to awareness@luetzerathlebt.info

When cooking, we try to be considerate of allergies of all kinds. However, freedom from traces is difficult to guarantee. Since cooking is currently organized by shift schedules, feel free to contact the respective team or register your allergies right away on the allergy board at the KüfA. Feel free to take over a cooking shift (whether or not you have allergies).

We have a BIPOC-Awareness-Team that is available for you if you have questions or have experienced racist attacks. The team can be reached at the following number:
+491632243558

1) How does the awarenessteam work?

The Awareness Team is an open structure where people can get involved at any time.

Our goal is to make people feel comfortable in this place: So feel free to come to us if you feel uncomfortable!

We want to support people who experience and observe assaultive or discriminatory behaviour.

This means: people can always define for themselves what they have experienced as assault or discrimination.

This means: first we offer affected people emotional support in dealing with the assaultive situation. Then we ask what further steps the affected person would like to see. This can also mean, for example, entering into a discussion process with the person being assaulted or communicating certain points of criticism/wishes to the person through the A-team.

This means: we do not simply enforce every wish/demand of affected persons. We see ourselves as an A-Team in a mediating role. As a group, we weigh our different perceptions of the situation and discuss which actions & consequences we find appropriate.

2) Information about sanctions and exclusions

It can happen that situations arise where exclusions cannot be prevented, i.e. either affected persons are excluded by no longer feeling safe/comfortable, or assaulted persons have to be actively excluded by people with sanctioning power in order to create a safer space.

The A-Team wants exclusion to be an option – but sees this as a last resort. This means that a decision taken is not taken lightly, but results from preparatory work that has taken place in an intensive reflection room and dialogue with all those involved.

The A-Team is aware that exclusion is a drastic measure, e.g. for people who recognise this place as their home, so this action should always be thought through sensitively and other options considered.

However, this approach requires that the A-Team is trusted by the local people and the actions are not questioned on principle.

The morning plenary on Friday, 10/30 consented to the following proposal regarding the A-Team sanctioning power: (There were no vetoes & no serious concerns).

“We make decisions about sanctions collectively in the Awareness Team.

Ultimately, this can also mean that we as the A-Team decide to exclude a person from theZAD.

This can only happen under the following conditions:

– The exclusion is based on the concrete need for protection of an affected person (not suggested by the A-Team).

– The person committing assault is not willing to talk, does not accept criticism, does not comply with agreements and/or repeatedly behaves in an assaultive manner.

In the following cases, sanction decisions are not only made by the A-Team:

– If certain perspectives relevant to the case are not represented in the A-team, people with the relevant positions can be involved in the decision as external advisors at the request of the person(s) concerned or the A-team.

If sanctions are taken, this is made transparent to the ZAD in anonymised form.

We understand expulsions as the very last option after other attempts have failed. In case an exclusion seems necessary to us, we want the confidence & legitimacy of the ZAD to take and implement such sanction decision.”

We are happy to welcome anyone who wants to take on awareness shifts – or otherwise work with the AG.

After the morning plenary there will be an onboarding meeting and at 11:30 the awareness plenary at the hut opposite action-point.

Feel free to contact the A-Team if you have any criticism about the structures or processes here at ZAD-Rheinland!

Let’s also not outsource responsibility to the A-Team, but bear it together as a whole collective; be mindful, open to criticism and good to each other!